Micro-Charts are miniature versions of actual charts, designed to help understand complex relationships between data in grids for Smart and iHTML format. The Micro-Charts can be used to quickly visualize the trend of a metric at a glance without having to know any additional detail.
The following micro-charts are supported in Intellicus:

Bullet Chart show a single, primary measure (for example, Sales Value) and compare that measure to one or more other measures to enrich its meaning (for example, compared to a Target Sales value). It displays it in the context of qualitative ranges of performance, such as sales value below or above the average target sales.
The below micro chart example shows the total sales displaying those products that achieved or missed their target. 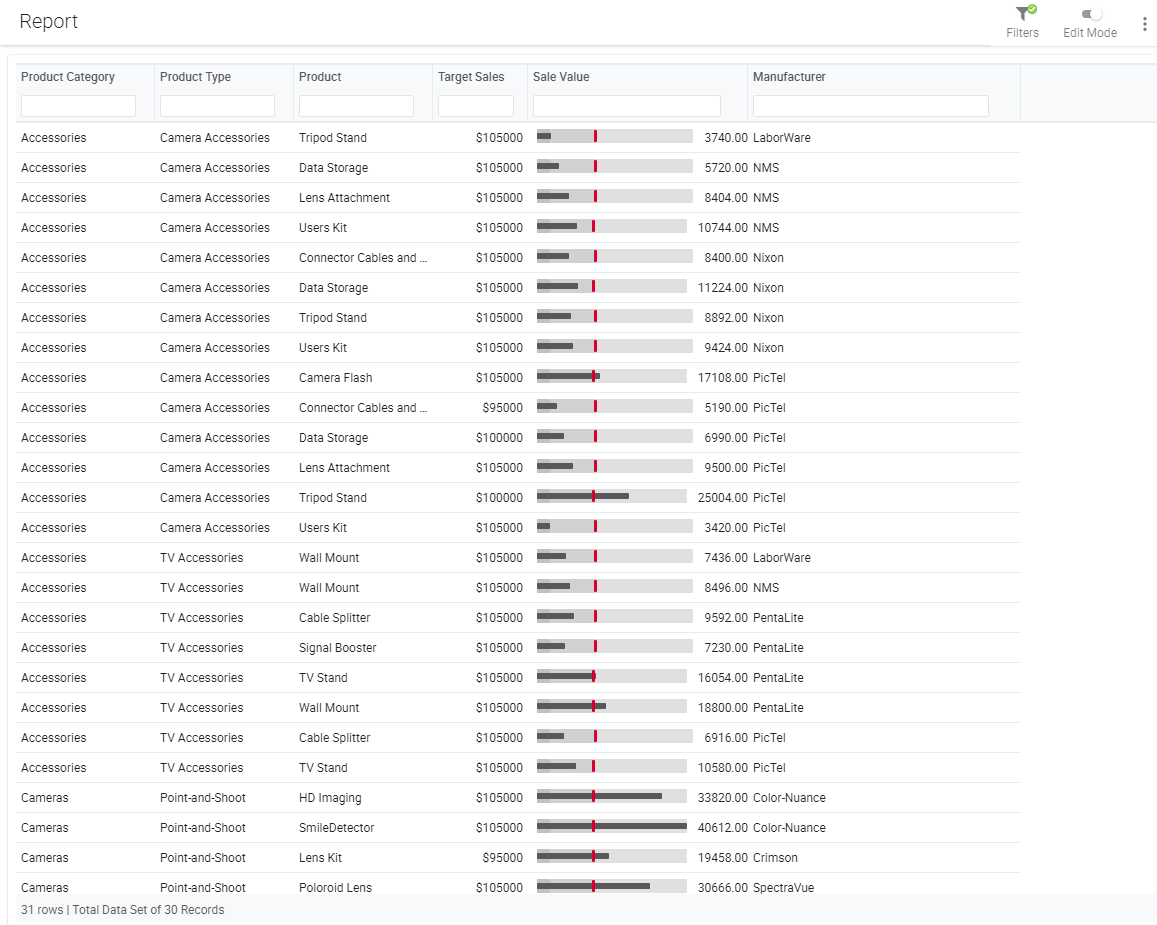 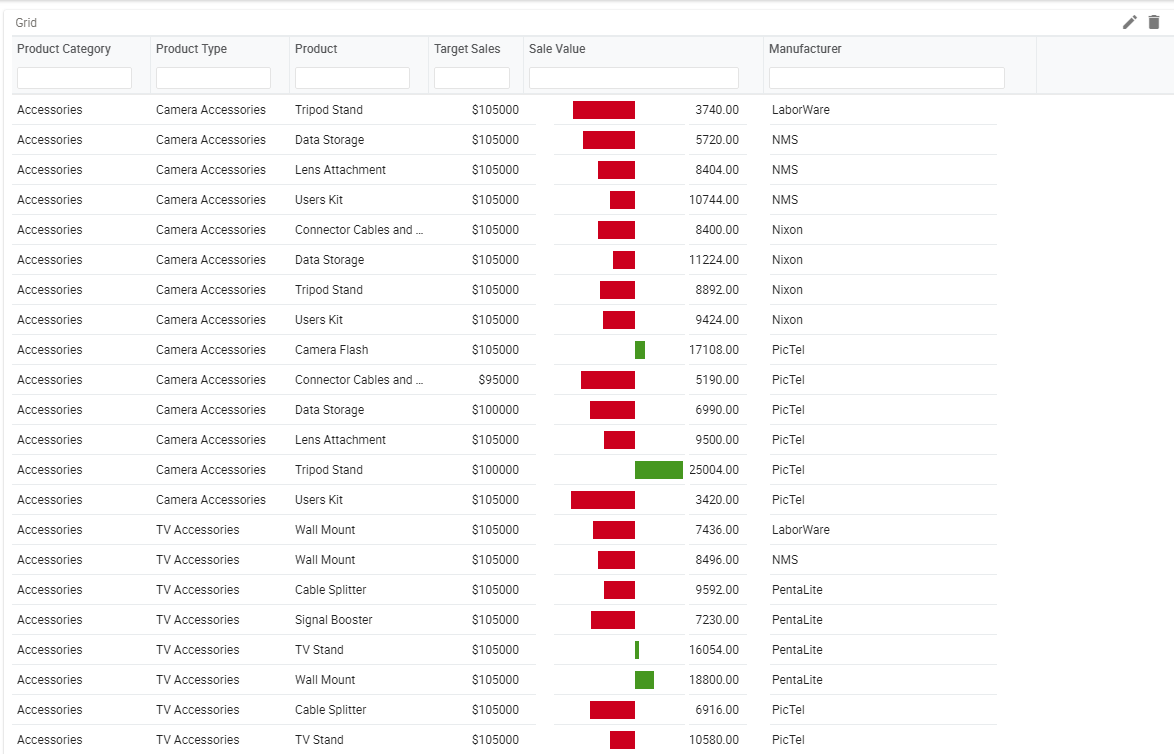