This step takes two inputs. When the data is passing through this step, the data of both inputs will be joined based on properties set for this step.

The Join step properties are:

Union step takes two or more inputs. The data passing through this step appends to one another and forms a single output.

Generally, the data inputs selected for Union are of same structure i.e. the columns are same. But this step supports exceptions and allows having extra columns in some inputs. You can decide whether to carry forward the fields coming from only some inputs to output.

During the union process you can decide to take out the sorted or you can prefer unsorted appending. 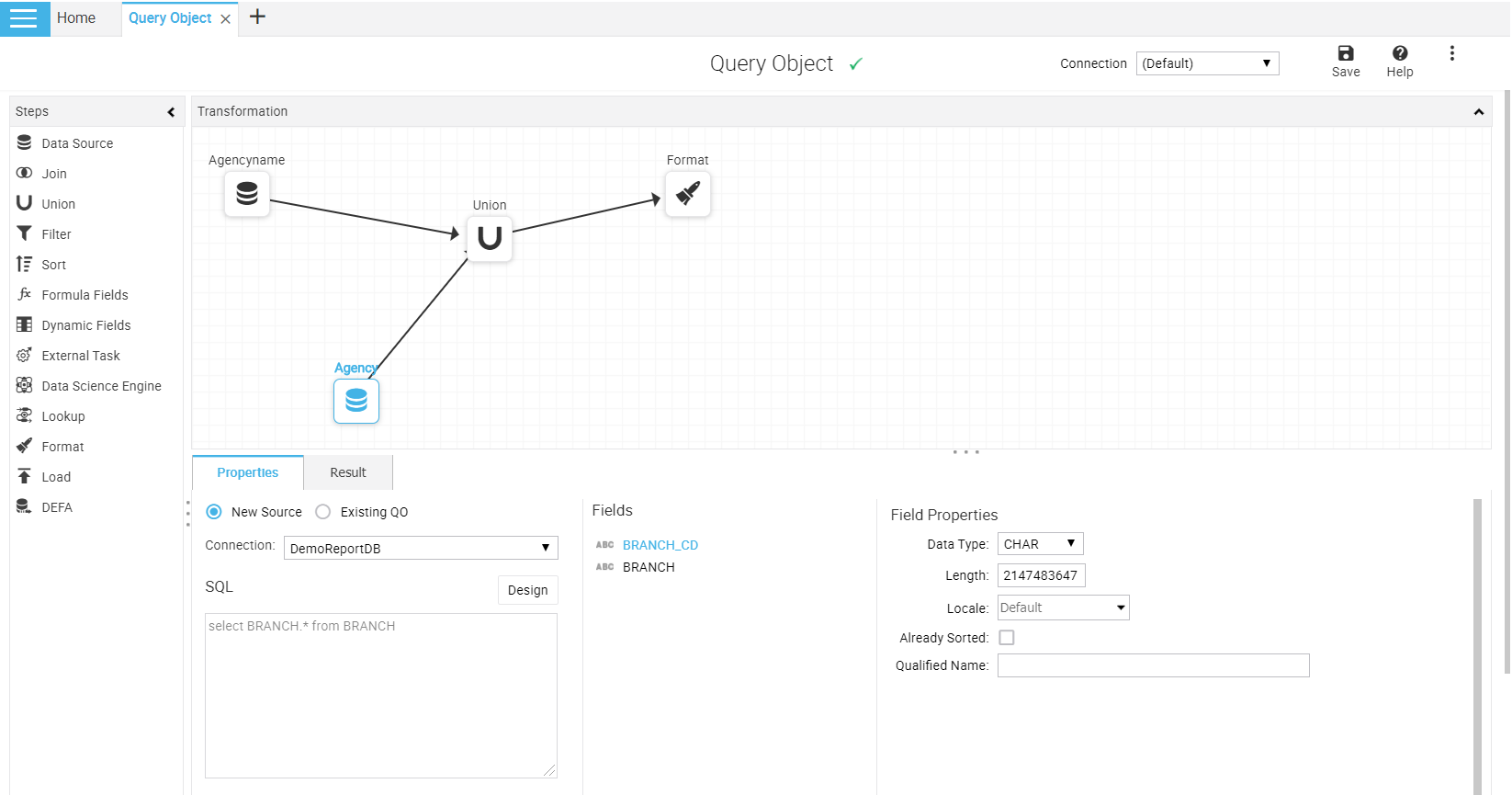 The properties of Union step are: