You need to select a target Intellicus connection (already created under Configure > Databases) on which data should be loaded. One of the important configurations is the deselecting of the ‘Read Only’ setting of the target system. If not de-selected, this will not show in the list of target system where the extracted data can be loaded.

There are target connection specific properties required to load data into the system.

You can fetch list of existing Tables/Files from the connection. 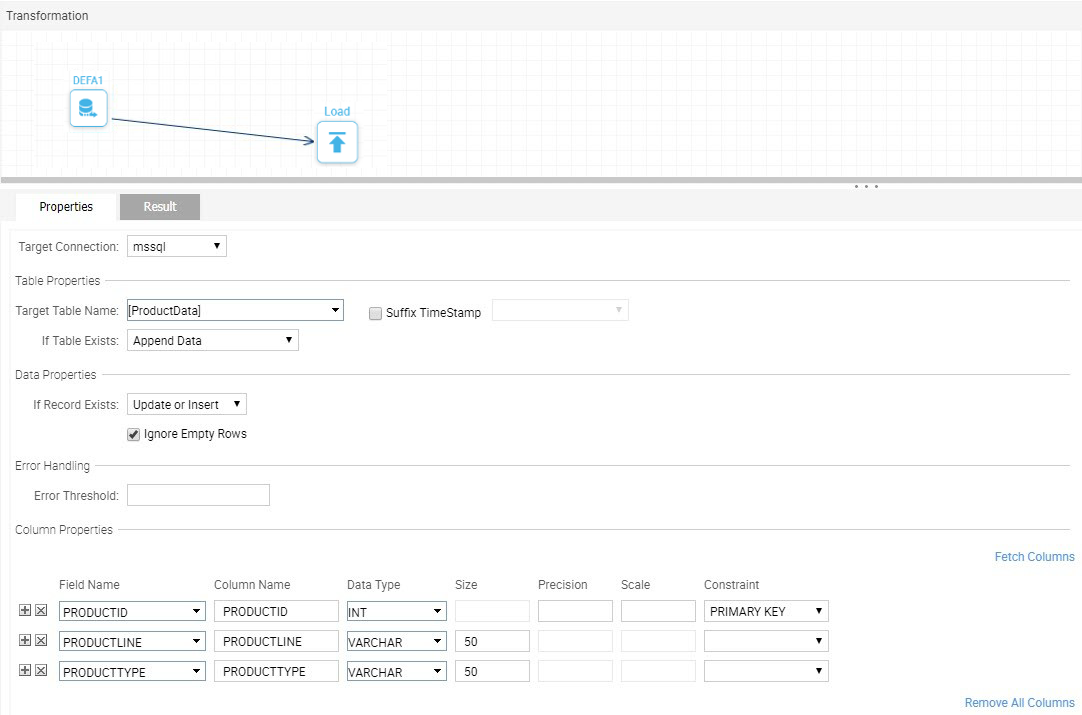 The properties of Load step (in case target system is an RDBMS) are:

You can run and schedule Query Objects which are of Load type from under Explorer.

Load step can also be followed by the Data Source step further followed by Format step to be used for generating reports.